What should Steve and Blue do with their words?

Steve and Blue experiment with some old words and some new words.

This episode is all about words, even Blue's Clues are all words. Blue has a big bag of words from which we pull out fun words such as wiggle and enormous. They help Mr. Salt and Pepper to prepare a salad for their friends Mr. Oil, Mrs. Vinegar, and Vinaigrette by using associations to figure out the meanings of new words. Later, they skidooed into a blank piece of paper. We soon learn that by using the power of words, a blank piece of paper can become an imaginative and exciting journey down a road leading to a party. 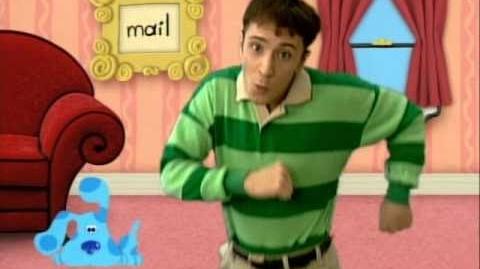