What Experiment Does Blue Want to Try?

"What Experiment Does Blue Want to Try?"

What Experiment Does Blue Want to Try?

The Cyclone (Whirlpool in the UK) Experiment

"What Does Blue Want to Make Out of Recycled Things?" (Produced)
"Blue's Senses" (Released/Credit Order)

Science with Blue
"What Experiment Does Blue Want to Try?" is the fourth episode of Blue's Clues from the second season. It was the twenty-fourth to be aired/produced.

Blue and Steve are experimenting by playing sink and float, but Blue wants to try another experiment. We play Blue's Clues to figure out which experiment Blue wants to try next. While looking for clues we examine items outside through a magnifying glass in "Extreme Close-up" and then label the objects. Then we experiment with gravity and remember the characteristics and correct order of the planets in outer space through a song.

Blue and Steve are experimenting by playing Sink and Float. But Blue wants to try another experiment. They play Blue's Clues to figure out what experiment Blue wants to try. Steve gets his notebook from Sidetable Drawer. Steve finds the first clue in water. Steve heads outside to see Shovel and Pail as they look through a magnifying glass. They find a couple of things like a ladybug, grass, and even Steve's hand. Steve leaves as he looks through other things through the magnifying glass, including the corkboard and the curtains. He also finds a paw print on a big roll of scotch tape. Steve did not know until now that he saw the second clue on the scotch tape. He draws it in his notebook. In the Skidoo segment, Blue and Steve put on their capes as they skidoo into the picture of outer space. After that, Steve realizes that he can float in outer space. There was no gravity. Suddenly, a planet zooms past Steve. The sun appears and tells them a bit about the solar system. He explains what planets are in the solar system in a song called "The Planet Song". After the song, the sun wanted Steve to remember the planets' descriptions. Steve remembers the name of the planets but had trouble with some of the descriptions. Mercury was a hot planet. Venus is the brightest planet. Earth is the home planet. Mars is the red planet. Jupiter is the widest. Saturn's got those icy rings. Uranus spins on its side. Neptune's windy. And Pluto is really small. Steve wanted to name the planets and now he has named them all. Steve and the sun repeated the tune once more. They each took a turn singing out a different verse. Once the song was finished, Steve and Blue had to go home. They skidoo back home. Steve finds the third clue on two plastic bottles. Steve draws them in the notebook. He goes to the thinking chair and thinks. The clues were water, tape, and two plastic bottles. Steve thought Blue would fill up both bottles with water and use it to tape to completely cover up the bottles. That was a wasteful idea. Steve thought maybe Blue should add water into one of the plastic bottles and then use the scotch tape to tape both ends where the lids go and then shake the bottles until the water makes a swirly motion. The answer to Blue's Clues was the cyclone experiment/tornado experiment or the whirlpool experiment. After figuring out Blue's Clues, they get ready to make the experiment. Shovel, Pail, Mailbox, and even Neptune came over to see the experiment. The water was filled up. Scotch tape was taped on both ends of the bottles. Steve turns the bottles and gives them a shake. The water was spinning around just like an actual cyclone, tornado, or whirlpool. After the experiment was done, Steve sings the So Long Song and the episode ends.

Steve getting his notebook out with a magnet.

from the KBS Korean 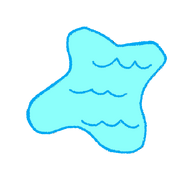 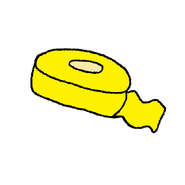 Mailbox is trying an upside-down experiment.

Well, Let me tell you a thing or two about our solar system.

Well the Sun's a hot star.

And Mercury's hot too.

Venus is the brightest planet.

And Earth's home to me and you.

Mars is the red one.

And Jupiter's most wide.

Saturn's got those icy rings.

And Uranus spins on its side.

Well we wanted to name the planets, and now we've named them all. 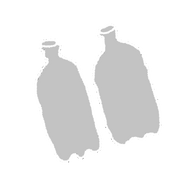 This scene is from the Nick Jr. Kids Opening on CBS and on some VHS recordings

"Did somebody say swirl?"

from the KBS Korean Version 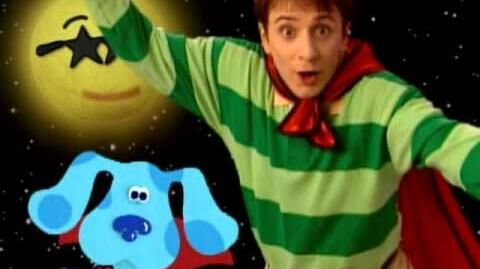