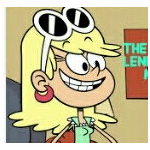 Hello everyone!!! My name is Arissa. I am currently 17 years old! I really love Blue's Clues.

I'm 17 years old and I'm currently a junior in high school. I have ten siblings. I have two biological siblings and the others are adopted siblings. I also have two dogs and two cats. My dogs names are "Cinnamon" and "Savannah". Cinnamon is a Jug, meaning she's a mixed breed between a Jack Russell Terror and a Pug. Savannah is a coonhound. My cat's name is "Oliver". I used to have a dog named "Hershey", but she died in 2012. I also used to have two cats named "Brandy" and "Toonces", but they died as well. Brandy died in 2017 and Toonces died in 2018. My parents are divorced so I live with my father.

What I enjoy doing

I enjoy singing and drawing. I also enjoy playing games.

When I started watching Blue's Clues

Blue's Clues was probably one of the first shows I've ever watched growing up. It was on Noggin and that was the main channel I watched as a kid. I really liked Steve because he was very funny back then and so handsome and nice. I missed him when he went to college. Joe is good too. He did a very nice job filling in for Steve while he was at college.

My favorite Blue's Clues episode with Steve would have to be "Blue Wants to Play A Song Game because I like how after he found the third clue, he got very excited. I laughed. My favorite episode with Joe would be "Let's Write!" Because I really loved the skidoo segment.

My Favorite part of Blue's Clues

Retrieved from "https://bluesclues.fandom.com/wiki/User:Arissa123?oldid=110235"
Community content is available under CC-BY-SA unless otherwise noted.