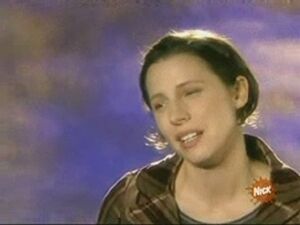 The reason why she took the role was because out of her own crew, her barks sound more like a dog as revealed in the Blue's Clues tenth anniversary special.