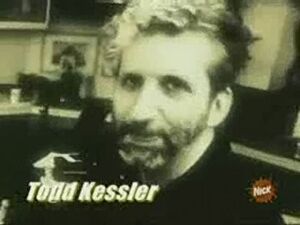 Todd Kessler was the primary creator of the show and its executive producer throughout the run.  He was one of the show's primary directors and directed the Blues Clues direct to video movie Blue's Big Musical Movie. He also was one of the producers for Gullah Gullah Island, and the story editor for Nickelodeon for Little Bear and the co-writer, director and co-producer of the highly acclaimed teenage love story KEITH, based on a story by Ron Carlson.

Retrieved from "https://bluesclues.fandom.com/wiki/Todd_Kessler?oldid=115045"
Community content is available under CC-BY-SA unless otherwise noted.