Pink and purple with a white face

Ava Augustin
Tickety Tock, usually called Tickety for short, is a main character on Blue's Clues and Blue's Clues & You!.

Tickety is a friendly alarm clock who lives on top of Blue's nightstand. She enjoys ringing her bells, which she uses to wake up everyone in the Blue's Clues house. Tickety often needs help moving her clock hands. She and Blue both hope to become teachers when they grow up.

Tickety is a mechanical alarm clock with a white dial for a face. The back of her dial is purple with a silver wind-up key. She has a pair of lavender-colored bells with a black hammer in between them. Her mouth is pink with dimples. The number 12 is sometimes replaced by a different symbol fitting the theme of a specific episode.

In the reboot, her mouth is now red and she still sometimes has dimples. Her hammer is more downward-curved.

Tickety appears in most episodes of Blue's Clues. Her first appearance was in "Snack Time" as a silent role. Her 1st speaking role was in the next episode "What Time is it for Blue?". Her last appearance in the original series was in the series finale, "Bluestock."

She reappeared in Blue's Clues & You! starting in "Meet Josh!" 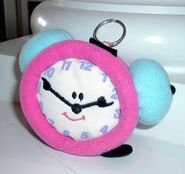 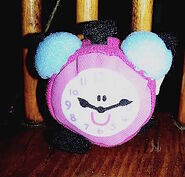 "Time to Rhyme Blue & Tickety Too" 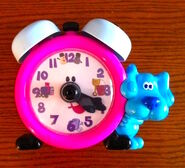 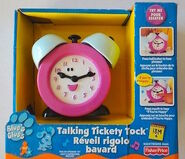 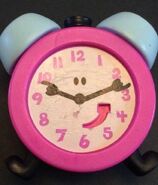 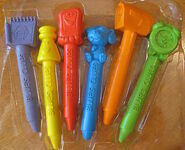 Party favor
Add a photo to this gallery 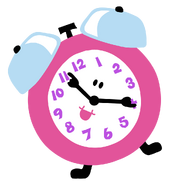 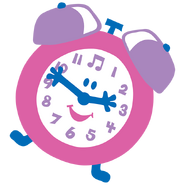 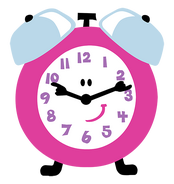 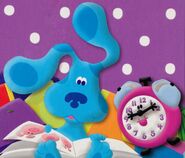 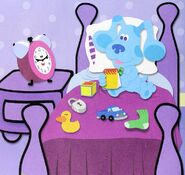 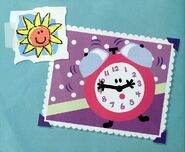 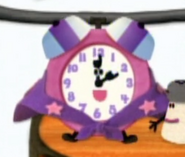 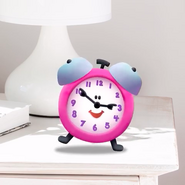 Add a photo to this gallery
Retrieved from "https://bluesclues.fandom.com/wiki/Tickety_Tock?oldid=107737"
Community content is available under CC-BY-SA unless otherwise noted.
FandomShop Newsletter Join Fan Lab