What is Tickety's favorite nursery rhyme?

The Number One
A Grandfather Clock
A Mouse

"What Is Blue Afraid Of?" (Produced)
"What Does Blue Want to Make?" (Released)
"Magenta Comes Over" (Credit Order)
"Tickety's Favorite Nursery Rhyme" is the seventeenth episode of Blue's Clues from the first season. It was the sixteenth episode aired in the United States.

Blue, Steve, and Tickety are going to read Tickety's favorite nursery rhyme…but which one is it? We play Blue's Clues to figure it out. Along the way, we practice alliteration with Mr. Salt and Mrs. Pepper, solve analogies with our race-car friend, and help Sheep finish her rhyming poem.

Steve and Blue invite the viewers to figure out Tickety's favorite nursery rhyme. Steve reads the story of Mary Had a Little Lamb. That was not Tickety's favorite rhyme. She whispers in Blue's ear to tell about her true favorite rhyme. After she has finished whispering, Steve plays a game Blue's Clues to figure out the answer. Steve gets the notebook from Sidetable Drawer. Steve finds the first clue on the number one. After that, they help Mr. Salt and Mrs. Pepper put in foods that start with P. The letter he receives from Mailbox is about three kids playing rhyme "Peter Piper". Steve finds the second clue on the Grandfather Clock.

Later on, they help some mini people solve the crossing guard's riddles and help a black sheep with a poem in a skidoo segment. Black Sheep had to figure out what word rhymes with fox and box. They picked blocks. Then black sheep had to figure out two words that rhyme with goat. They choose a boat and coat. Then, Black Sheep had to find out what two words rhyme with a shoe. It was blue and canoe. The whole poem goes: There once was a fox on a box playing with blocks. Then he saw a goat riding in a boat dressed in a coat. Then the fox jumped off the box. Put on one show and paddled to the goat in a blue canoe. After the poem, Steve was trying to look for Blue. Steve lifts the box and mice were scurrying around.

One of them had a pawprint on it. Steve draws the third clue, a mouse in his notebook. After that, Steve Skidoos back home to put all three clues together. The clues were one, a grandfather clock and a mouse. Steve thought it was a nursery rhyme where the clock struck one and that the clock was afraid of the mouse. But that was not it. The answer was Hickory Dickory Dock. After figuring out Blue's Clues, Steve reads Tickety's Nursery Rhyme. Mr. Salt, Mrs. Pepper, the mini people, and Black Sheep joined in. After that reading Tickety's Nursery Rhyme. Steve had a rhyme of his own. The rhyme starts as: There once was a puppy, her fur was all blue. For whatever she wanted, she left us a clue. Sometimes in the garden, in the sink, once we find all three of them together, we sit down and think". Steve sings the So Long Song and the episode ends. 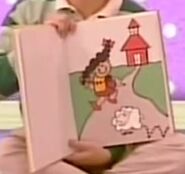 Mary had a little lamb

Steve we got a letter with tongue swiss Stamp

Steve's late-season 1 hair is shown Steve said did you see Clue Where? 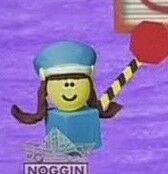 There once was a fox on a box playing with blocks.

Then he saw a goat riding in a boat dressed in a coat.

Put on one show and paddled to the goat in a blue canoe. 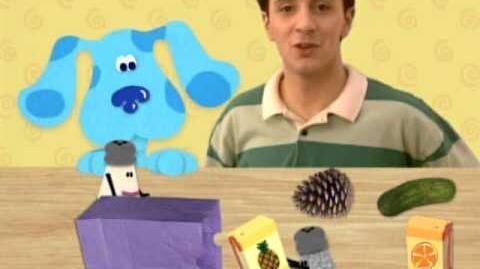