The Thinking Chair is an armchair that Steve, Joe, or Josh sit on to think about the answer for Blue's Clues. It is also sat on during Mailtime when letters and emails are being read.

Before Blue's Clues began production, the Thinking Chair was a regular chair designed and sold by Galerkin Furniture as part of their Max line. It was originally made for a show on the E! Network called Pure Soap, with an extended sofa version to match. The chair itself was produced in various colors such as blue, indigo, purple, and the now-famous red. 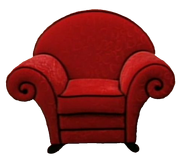 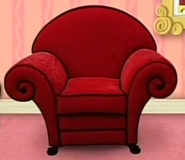 from Inventions with our 2nd clue.

from Inventions drawing our 2nd clue in the notebook. 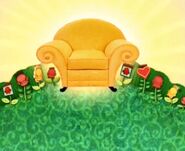 Joe and Blue in the Golden Thinking Chair

Hide and Seek with Blue 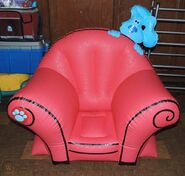 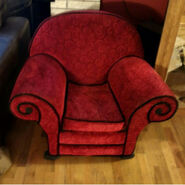 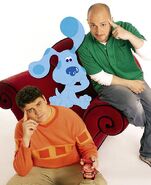 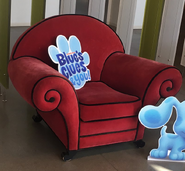 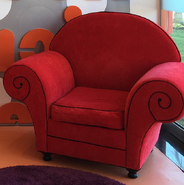 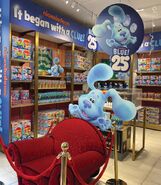 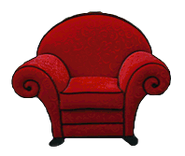