What opposite is Blue thinking of?

Steve's shirt and pants change to look like one another, causing us to learn about opposites.

From the Portuguese version.

Steve in Green-striped clothes. (Similar to his pajamas) 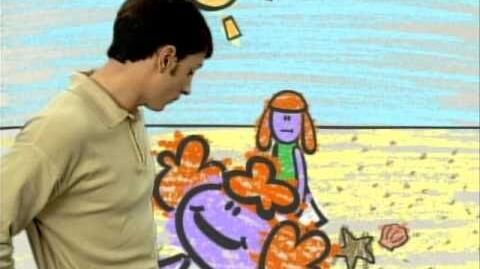