What kind of boat should we make for the boat float?

The Color Red
A Hose
A Siren

Blue, Joe, and their friends make boats for the boat float.

3 Clues From The Boat Float 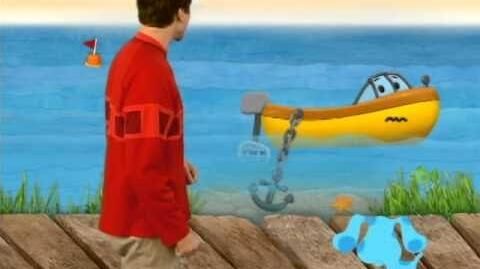