What happens at the end of the story?

Up, Down, All Around! (Broadcast/Credit Order)
Dress Up Day (Production Order)

Joe and Blue are creating a story wall, a series of pictures on a wall telling the tale of two rabbits who went to their grandma's house. Their names are Rebecca and Robbie. They learn their story and even help to create it. They consider some of the creations for the story and help them select the right pictures that match the story they want to tell. They even get to skidoo into the story and watch events as they happen. 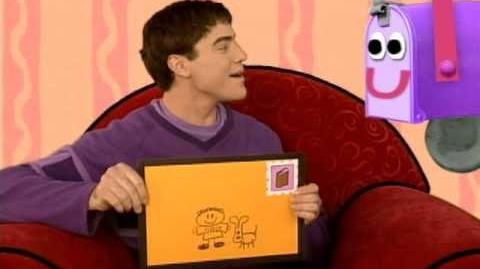