What kind of weather does Blue think is coming?

A Cloud
A Drop of Water
Freezing

Steve and Blue check out the weather conditions. 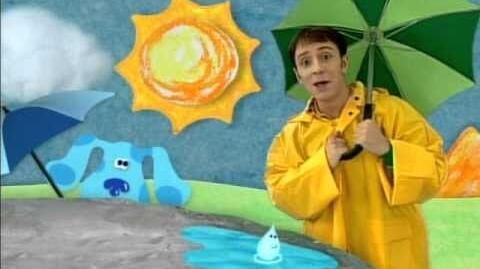