Sprinkles is Blue's younger brother. He is a shy, young puppy who has many different-colored spots on his white fur. But when it comes to adventure, Sprinkles is all for it.

Sprinkles is a white - colored puppy with multi-colored spots. He has white pair of eyes with black pupils. Sprinkles has many purple, pink, yellow, orange & blue spots. His nose is red, round, and not as realistic looking as Blue's, Magenta's, or Green Puppy's noses. Sprinkles was born without his spots and was originally all white. He gained his spots during the events of "Meet Blue's Baby Brother."

Sprinkles made his debut near the end of the show's run and is the last character introduced to have a major role in the series. He appeared in every season 2 episode of Blue's Room. He first appeared in the special Meet Blue's Baby Brother, which was also his only appearance on "Blue's Clues". Sprinkles' last appearance was on "Music Stars". 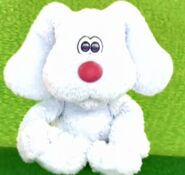 Before getting his spots 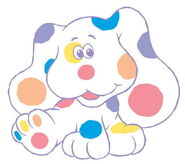 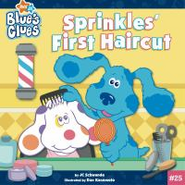 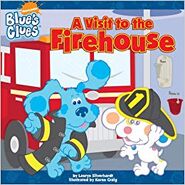