Blue's Clues Wiki
Register
Don't have an account?
Sign In
Advertisement
in: Episodes, Pilots and Pitches, Blue's Room,
and 2 more

What do you like about snack time? Find out new things to love as Blue's Room turns into a snack-filled world of games, art, stories, and more!

The episode starts off with Blue asking the viewers if they are ready to have a playdate (like she does in every episode of Blue's Room) together, and then asking what they like to play. After blowing on the playdate spinner, it lands on snacktime, which causes the playroom to be filled with snacks. She later bumps into Fred who is chasing some laughing cupcakes (or as Blue calls them "silly, running, birthday cupcakes).

Word of the Day 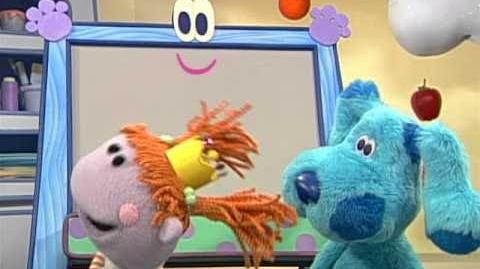