"Snack Time" (opening only)
"What Does Blue Need?" (speaking)

Jacob Soley
Slippery Soap, usually called Slippery for short, is a main character on Blue's Clues and Blue's Clues & You!.

Slippery is a bar of soap who lives in the bathroom of the Blue's Clues House. He slips and slides across surfaces to get around. Slippery's catchphrase is "Whoa!" and he dreams of becoming the captain of a boat when he grows older. Slippery is often seen alongside his best friend Tickety Tock.

Slippery is a mostly light lavender rectangular bar of soap that has rounded edges, a smaller-shaped dent in the front and back, and a pair of arms with three fingers on each hand. He has a pair of black eyes and a pink mouth. He is always surrounded at the bottom by a trail of translucent bubbles of various colors (usually purple). In the original series, Slippery, Shovel, and Pail were the only main characters with permanent eyebrows.

Counting the opening and credit sequences, Slippery has appeared in every episode of the original Blue's Clues series. His first appearance was in "Snack Time" as a cameo in the opening sequence. His first speaking role was in "What Does Blue Need?", where he was the third clue. His last appearance on Blue's Clues was "Bluestock." He makes an additional appearance in the "Behind the Clues" special. 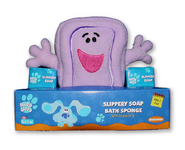 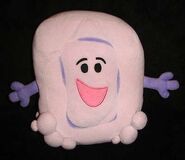 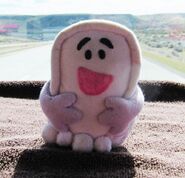 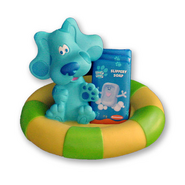 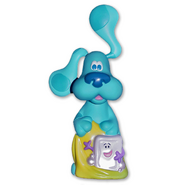 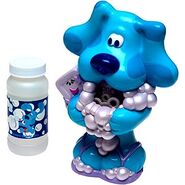 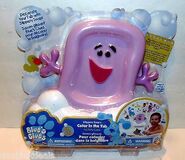 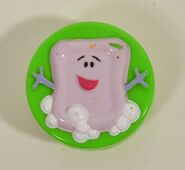 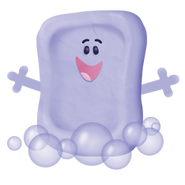 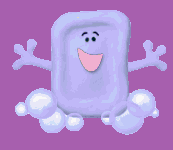 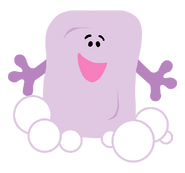 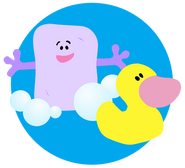 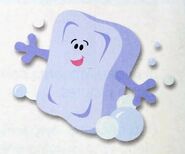 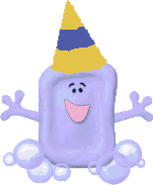 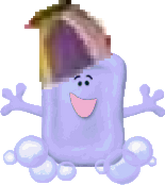 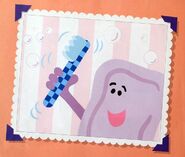 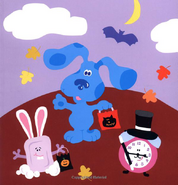 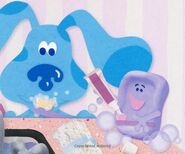 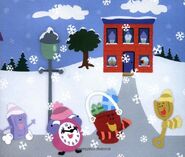 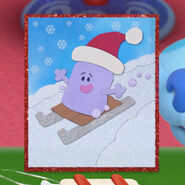 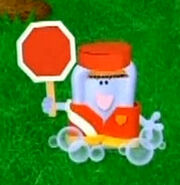 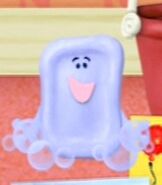