What Does Blue Want To Rhyme About?

Pail
A Sail
A Whale

Puppets (Broadcast Order/Credit Order)
Blue's Backyard Ballgame Bonanza (Production Order)
Rhyme Time is the 19th episode of Blue's Clues from season four. It was originally planned to air in January 4, 2002, however, it delayed in November 24, 2003.

Steve and Blue teach the viewers on words that rhyme. 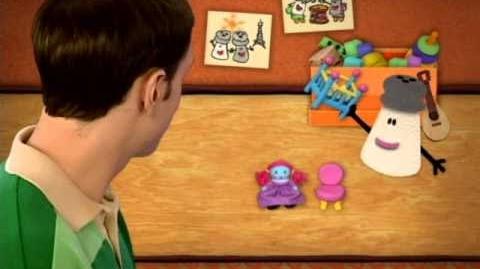