What story should we tell with our puppets?

A Boy
A Tall Plant
A Giant

Jack and the Beanstalk

Blue's Book Nook (Broadcast Order)
I'm So Happy! (Production Order)
Blue's First Holiday (Release Order)
Joe Gets a Clue (Credit Order)
Puppets is the 27th episode of Blue's Clues from season four. It was originally planned to air in January 6, 2002, however, it delayed in November 25, 2003.

Steve and Blue have fun with puppets. 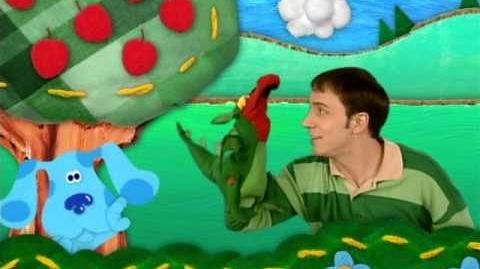