What does Blue want to pretend to be?

A Helmet
A Star
A Rocket

"A Snowy Day" (Produced)
"Blue Wants to Play a Game" (Released/Credit Order)
"Pretend Time" is the ninth episode of Blue's Clues from the first season. It was the eleventh episode aired in the United States.

"It's pretend time and we need to figure out what Blue wants to pretend to be. Along the way, we locate cloud shapes, determine the best objects to play pretend house with Shovel and Pail, and go on a jungle safari to locate animals with various attributes!"

Steve has an interest in flight and pretends to be a bird and later a plane. They help out two actual birds who are pretending to see things in clouds. They also playhouse with Shovel and Pail and later skidoo into a picture of a jungle and help some rare animals to find their friends (a baboon, a dragonfly, and a frog). 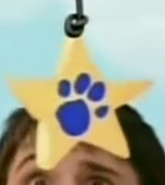 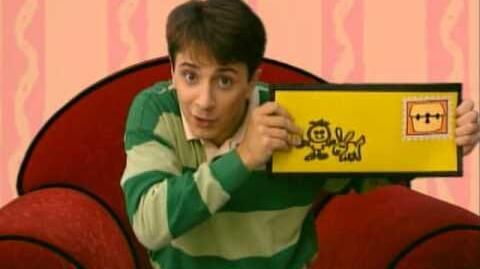