What did Blue see?

Shovel and Pail discover dinosaur footprints in the backyard. 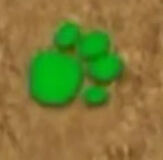 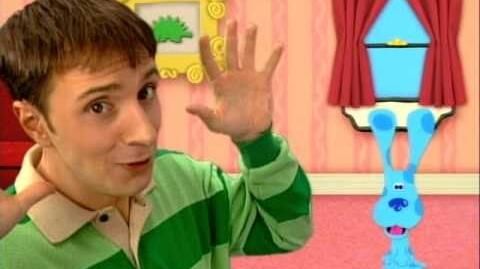