What does Blue want to get at the store?

Numbers
Lines
A Piece of Wood

Joe and Blue set up some stores around the house and pretend to go shopping. 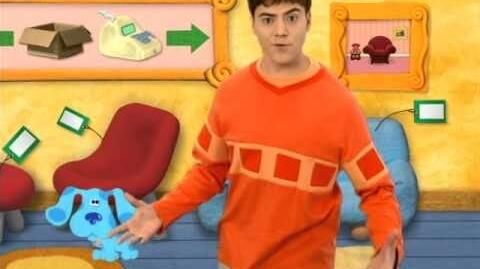