The Pawprint, also spelled as "Paw Print", is an object that Blue's left paw has.

The pawprint is among the most iconic and most important part of the show. It symbolizes the clues for every episode.

Blue starts the game of Blue's Clues by placing a pawprint on the screen, and then the host sings We Are Gonna Play Blue's Clues, and then says "Blue's pawprint will be on the clues, Blue's Clies". Afterwards, the pawprint would be clean off so the game can start.

At times, some pawprints have been shown to be capable of self movement and sometimes sentience and might even communication in a form of squeaking.

In Imagine Nation, when Steve tried to clean up the pawprint, he imagined that the pawprint were turned into turtles.

Magenta and Green Puppy have their own paw prints shown in "Blue's Big Musical" that come in magenta and green respectively.

In Blue's Clues & You!, the paw print is more of a sparkly sky blue color with more 3-dimensional edges. Magenta's pawprint in this series is just like Blue's but in a magenta color.

Paw prints were the 3rd clue in "Inventions", symbolized by three pawprints on a blueprint sheet, and the first clue in Blue's Big Holiday.

Blue and Magenta's Pawprints Up on the screen. 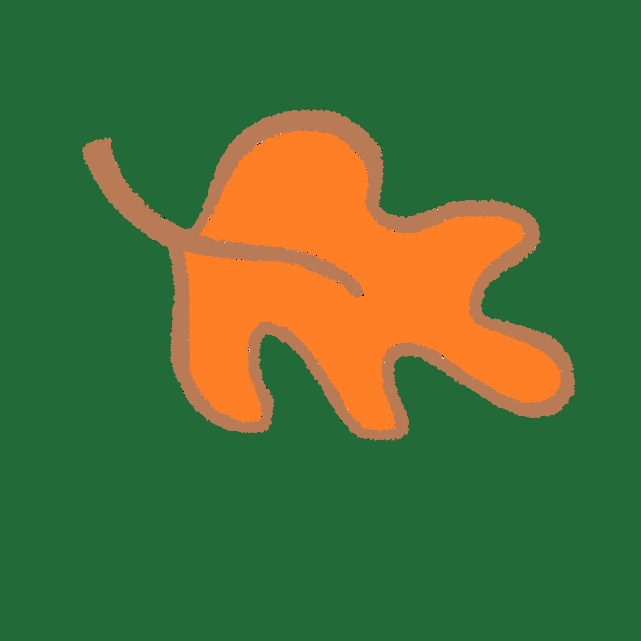 Pawprint being blown away

Variants of the pawprint 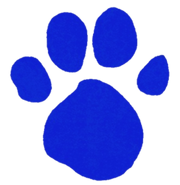 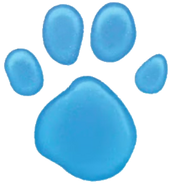 Blue's Pawprint (Reboot)
Add a photo to this gallery
Retrieved from "https://bluesclues.fandom.com/wiki/Pawprint?oldid=118668"
Community content is available under CC-BY-SA unless otherwise noted.