What is Blue's favorite number?

Blue's Predictions (Broadcast Order)
Up, Down, All Around! (Production Order)
The Alphabet Train (Credit Order)
Numbers Everywhere! is the 12th episode of Blue's Clues from season five.

Learn some bigger numbers as Joe and Blue show the viewers some numbers everywhere.

Today, we explore numbers, counting and basic arithmetic. We help out to find missing numbers by using counting to figure out where they're hiding. We also skidoo into a book filled with numbers. There, we help out a couple of different numbers to tell a story and learn addition and subtraction in the process. 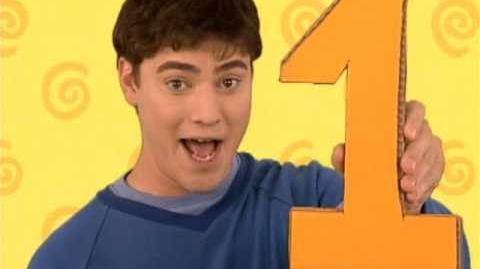