What does Blue want to say in her card?

The residents of the Blue's Clues house celebrate a day dedicated to Mr. Salt and Mrs. Pepper.

From the Portugal version 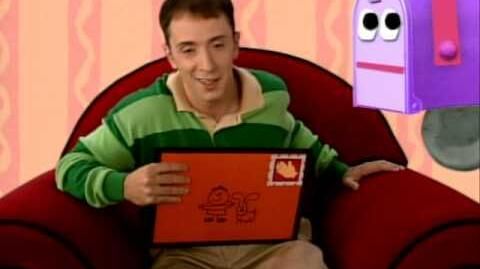