What are we going to do outside today?

A Sidewalk
A Bicycle
Magenta's House

Joe invites the viewers inside to learn about what to do in the morning.

Night becomes day in the Blue's Clues House, and then the rooster crows to wake everyone up. The episode begins with Joe, having just woken up, inviting the viewers to the house. After Joe sings to wake up Blue, she goes to the bathroom as Joe sings The Toilet Song. Blue then decides to play Blue's Clues so Joe and the viewers can figure out what they want to do outside. Joe then flushes the pawprint away. Joe then gets his notebook from Sidetable Drawer, who is stretching.

Upon returning to the bedroom, Joe gets dressed with help from Tickety and Sidetable. Once he got dressed, it is mailtime and Joe runs to the living room to sing the Mailtime song. Once Mailbox arrives, he is asleep, but Joe wakes him up. Mailbox then sends Joe a letter, which inside the video letter, some kids are preparing to go to school. After the video letter, Joe says he forgot to put on his shoes.

Joe and Blue skidoo into the shoe catalog, where they meet Shoehorn and a pink shoe, who teach Joe how to put on his shoes and tie them. Once Joe has his shoes on, he finds the last clue, Magenta's house, and draws it in his notebook. Joe then runs to the Thinking Chair and says the answer was Riding a bike to Magenta's house. Joe and Blue then put on their helmets and get on their bicycles, then they meet Magenta at her house and sing the So Long Song, and the episode ends.

When Joe gets a clue 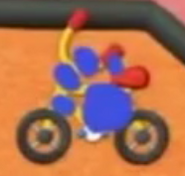 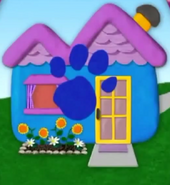 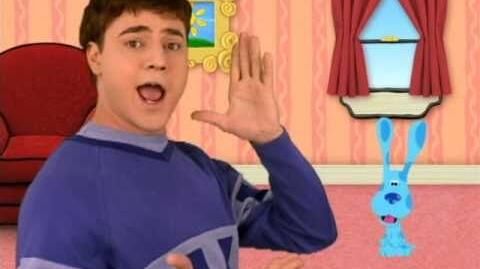