What else could Steve and Blue do to help out with Cinnamon?

A Table
Powder
A Diaper

Bugs! (Broadcast Order)
Something To Do Blue (Production Order)
A Day with Plum! (Credit Order)
Making Changes is the 13th episode of season 4. This is the fifth and final episode involving the story arc to introduce Cinnamon.

Now that Cinnamon has come to the Blue's Clues house, it is necessary to make some changes to keep him comfortable. That means that things such as loud games are out when Cinnamon is trying to sleep, but Steve and Blue learn that by just thinking a little, they can come up with changes that will let them still do the things that they want to do, but in a different way. Sometimes the changes are not easy at first, but they help others and are not really that much of a problem. In the spirit of change in helping out, Steve and Blue also try to find ways to help Mr. Salt and Mrs. Pepper to take care of Cinnamon. 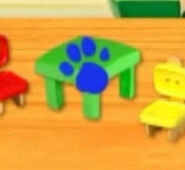 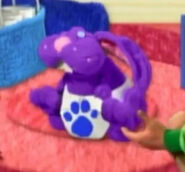 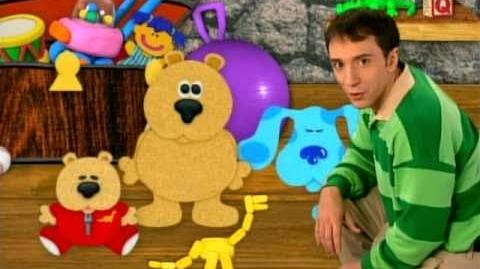