A Tape Player
A Tape Cassette
A Chair

It's Your Birthday!
"Mailbox's Birthday" is the third episode of Blue's Clues from the first season.

"It's our friend Mailbox's birthday and we need to figure out what his favorite birthday game is. We also complete sprinkle patterns on his birthday cake, find the best present for Mailbox, then wrap it with different color wrapping paper and different size bows."

For Mailbox's birthday, there is a special celebration and we are invited to help out. They help decorate the cake for the party by observing patterns. They also skidoo along with Steve and Blue into the present store. There, they find the perfect present for Mailbox, which is a stamp book, and then help Blue and Steve to find it when it gets lost among a bunch of other presents. 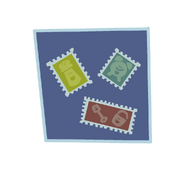 the best present for Mailbox, then wrap it with different color wrapping paper and different size bows."

Steve said we got present for You

Steve said this Letter for you 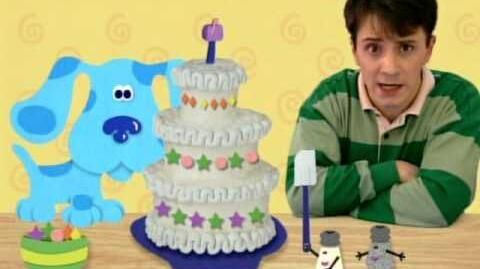