Purple with a pink mouth and flag

The mailbox is a cheerful object of his namesake. He lives at the foot of the pathway in front of the Blue's Clues house. He likes to make others laugh and wants to become a comedian when he grows up. He speaks with a thick New York accent. Mailbox sits on a post outside when he is not delivering the mail or telling an incoming e-mail. When he has a letter for Steve, Joe, or Josh, he uses an extension arm to enter through the living room window to the right of the Thinking Chair. His extension arm is impractically long and can transport him anywhere.

Mailbox's favorite hobbies are delivering letters and telling jokes. In almost every episode, Steve, Joe or Josh sing a special song ("Mailtime") before Mailbox delivers a letter or telling an incoming e-mail. On some rare occasions, such as in "Blue's Big Pajama Party," Mailbox makes a special nighttime mail delivery. Mailbox's catchphrases are "Mail's here, mail's here!" and "You're welcome!"

Since Mailbox lives in front of the Blue's Clues house, he is usually the first person to greet visitors. In the first four seasons, Mailbox is also the first character to appear in each episode. When the opening sequence begins, he is seen smiling and swaying back and forth on his post, like a kind of silent greeting to the viewers.

In the original series, Mailbox was voiced by Michael Rubin. Rubin was one of the show's two main music composers, along with Nick Balaban, and wrote almost all of the series' score and songs. Rubin was always credited under his stage name, "Seth O'Hickory."

Mailbox is mostly dark purple. His face is on his door, which is a lighter shade of purple and has a silver latch at the top. He has a bright pink flag, which is connected to him with a small purple bolt.

In the reboot, Mailbox's design is slightly updated. His body gets a metallic shine, and he has some visible dents. He also has a tongue and a more reddish mouth. He is voiced by Doug Murray.

Mailbox appears in every episode of Blue's Clues except "Blue's Big Car Trip", "The Legend of the Blue Puppy", "Skidoo Adventure" and "The Fairy Tale Ball.

His first appearance was in the pilot episode, "Blue Prints." In addition to the original show, Mailbox appears in the "Meet Blue's Baby Brother" episode of Blue's Room and in the documentary "Behind the Clues: 10 Years with Blue." 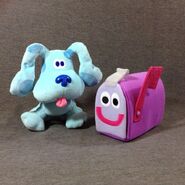 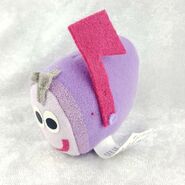 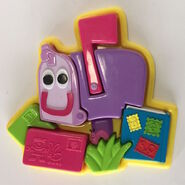 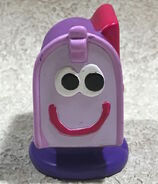 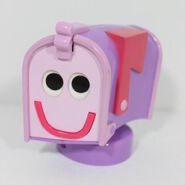 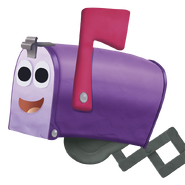 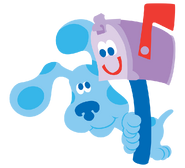 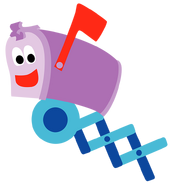 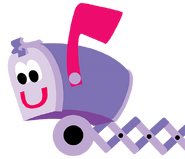 Mailbox in his original appearance. 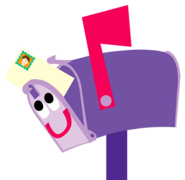 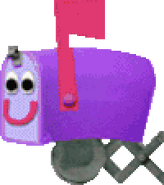 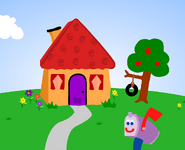 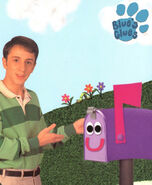 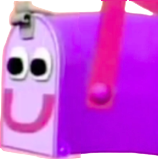 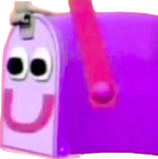 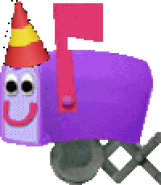 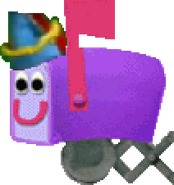 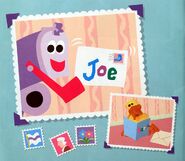 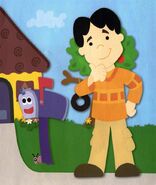 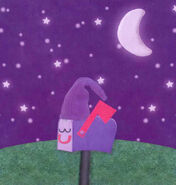 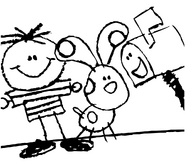 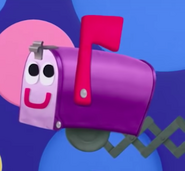