What should Magenta do after she gets her glasses?

Getting Glasses with Magenta
"Magenta Gets Glasses" is the 1st episode of Blue's Clues from Season 4. Originally planned to air on April 6, 2001. However, this episode aired on TV on March 6, 2001 and there is currently no internet evidence of why it aired early.

Magenta goes to the eye doctor to improve her eyesight and to get glasses.

Magenta has been having trouble seeing lately, so she goes to the eye doctor to get glasses. Steve, Blue, and Magenta's owner, Miranda help her out and they get to see how an eye test works. Later, they help her pick out her glasses and also help out when she is a bit shy about wearing them in public. Now Magenta is ready to go back to her house and end the day.

Magenta does not look too excited about getting glasses.

Magenta is not to sure about a game of Blue's Clues. But...

...Magenta is eager and ready. 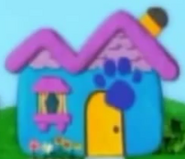 Magenta's House is the first clue.

This image proves that Magenta has picked out her glasses.

How did Blue leave a clue on her back?

The clue review with Miranda.

This image proves that they figured out Blue's Clues. 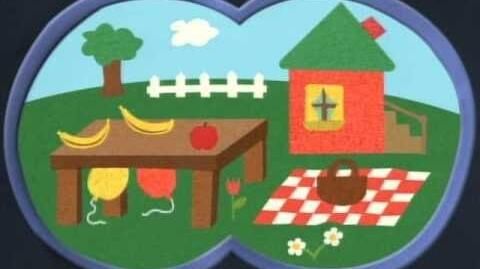