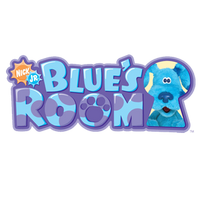 These are all the available episodes from the Blue's Clues spinoff TV show, Blue's Room.

There was a special with Blue's Clues, titled Meet Blue's Baby Brother, was released on August 6, 2006

The Noggin app was introduced on March 4, 2015 for iOS, and the entire series came to Noggin.

Retrieved from "https://bluesclues.fandom.com/wiki/List_of_Blue%27s_Room_episodes?oldid=136038"
Community content is available under CC-BY-SA unless otherwise noted.