Blue's Clues Wiki
Register
Don't have an account?
Sign In
Advertisement
in: Characters who were one of the three Blue's Clues, Main Characters, Characters,
and 6 more

Josh (or Joshua) is the host and main protagonist of Blue's Clues & You!, along with Blue. He is the third host of the franchise. Josh is also the main character in the upcoming Blue's Clues Movie.

Josh is Blue's third and current caretaker of the Blue's Clues House. He is a talented singer and guitarist, and also Steve and Joe's cousin.

He is optimistic, intelligent, quirky, cheerful, kind, nice, jolly, funny, silly, friendly, upbeat, energetic, playful, smart, sweet, and helpful. Like Steve, he will sometimes give out wrong answers during thinking time, but is delighted when the viewers help him find the right answer. He is the first host to wink more than one time in every single episode of Blue’s Clues & You. He often winks at the viewers. He is of Filipino descent, as mentioned in episodes Blue's Big Baking Show and Sleepy Singalong with Blue.

In the series' movie it was revealed that Josh lived in the same town with Joe when he was young. He moved to the Big City growing up.

Josh with a crayon and a notebook 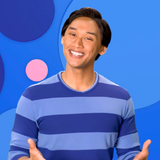 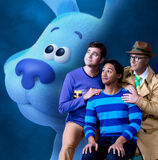 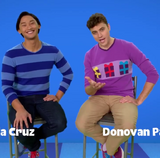 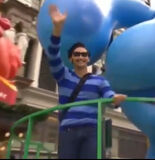 Josh as the third clue

Josh in Getting Healthy with Blue

Promotion picture of Josh and Blue 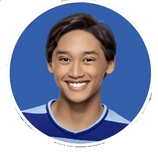 letter on the shirt at the back "Josh" (ABC's with Blue)

Shoe on My head (Laugh with Blue) 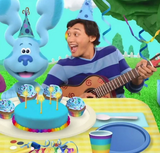 Waterproof Jacket (Getting Healthy with Blue)

Josh as an Action Figure 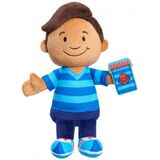 Josh as a Plush 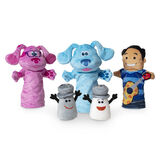 Josh as a Puppet

Josh in Blue’s Clues & You! Books
Community content is available under CC-BY-SA unless otherwise noted.
Advertisement