What does Blue want to give to Joe?

Paper
A Crayon
A Spiral

Steve Goes to College
Joe Gets a Clue is the 24th episode of Blue's Clues from the fourth season.

Joe is excited when he plays Blue's Clues for his very first time. 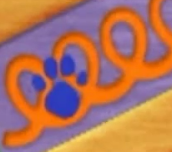 This is what Joe drew; a spiral.

Joe get his own notebook 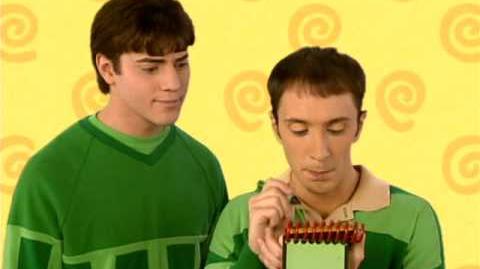