Donovan Patton
Joe is Steve's younger brother. When Steve leaves for college, Joe stays with Blue and becomes the new host for the rest of the show (which means seasons 5 to 6), along with Blue. Joe loves squares, like the ones on his shirt, and can't wait to play Blue's Clues. Like Steve, Joe's favorite color is green (as proven in the episodes “Joe's First Day, "Steve Goes to College", "Colors Everywhere!", and "The Big Book About Us"), even though he is seen wearing five other colored shirts, unlike his brother who wore just a green shirt. He also has a stuffed duck named Boris and his notebook is shaped just like the Thinking Chair. As of Blue's Clues & You!, he works at the Present Store. He is played by Donovan Patton.

﻿Joe is Blue's second caregiver and he took over the complete role of Steve as the host after the 5th season began in 2002. This was a difficult task for the film people of the show, for Steve, and for many of Steve's fans. After the 6th season started, Nick Jr. aired reruns of episodes from seasons 1-4, which made it easier for Steve fans to get used to the new host. Then, Nick Jr. aired reruns of episodes from seasons 5 and 6. Steve did not appear in the last 2 seasons because he went to college, although the real reason was due to hair loss. He visited from college in the 100th Episode Celebration, and he calls Joe and Blue on the phone, and is seen as his younger self in Blue's First Holiday.

In Blue's Clues & You!, Joe is working at the Present Store. He makes several appearances in the reboot as well.

Joe has brown hair, fair skin, and wears tan pants, brown shoes, and a shirt with a horizontal square pattern. Depending on the episode, Joe's shirt colors alternate between the various colors of the rainbow including red, orange, yellow, green, blue, and purple/

He also crossed on over to the Blue's Room spin-off. He was featured as a guest star in the first season episode "Holiday Wishes." In the second season, he became a regular character. 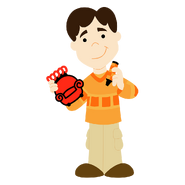 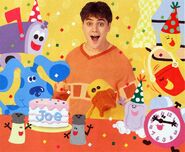 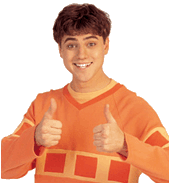 Joe Giving You The Thumbs Up, Seen in Get to Know Joe!

Promotional Picture of Joe, and Blue At Mall of America Having Fun with a Young fan Sitting on the Thinking Chair. 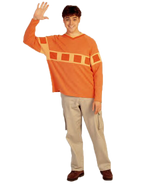 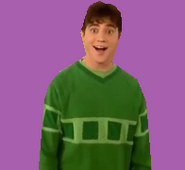 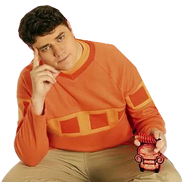 Joe and his big brother Steve 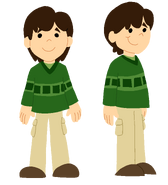 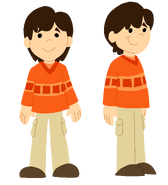 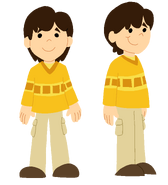 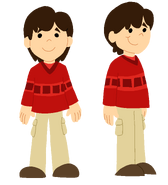 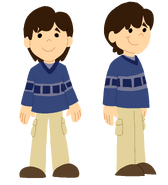 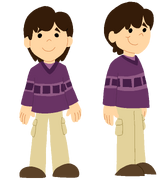 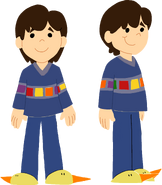 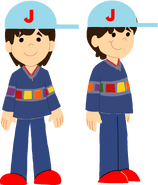 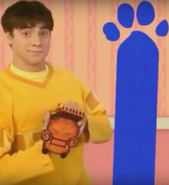 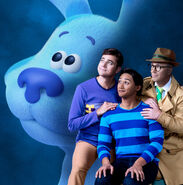 Promotion Picture of Joe with his brother Steve and cousin Josh and Blue in the background. 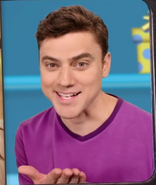 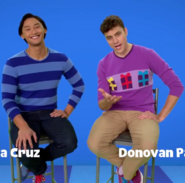 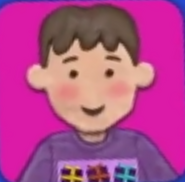