Mailbox’s Birthday
"It's Your Birthday!" is the nineteenth episode of the second season and the thirty-ninth episode overall in the reboot series Blue's Clues & You!.

In the episode, it’s time to make a wish and blow out the candles, because Blue and her friends are celebrating the birthday of Mailbox (again!). DJ Slip is spinning the tracks, Mr. Salt and Mrs. Pepper are baking up a cake, and everyone is playing Blue's Clues to figure out what game Blue wants to play at the party. To celebrate the big day, Blue and her friends play 'Pin the Tail on the Puppy' and skidoo to Birthday World to gather prizes to fill a birthday piñata. 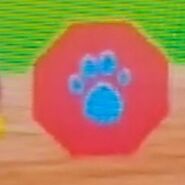 You Just Got A Birthday Card!

3 Clues From It’s YOUR Birthday