What is Blue imagining the shape to be?

We use our imagination to see, hear, feel, and even taste things that we would not be able to otherwise. We tell a story with Blue, Tickety, and Slippery using pictures and our imaginations. Unfortunately, Mr. Salt does not have an imagination, so Steve, Periwinkle, and & Blue help Mr. Salt find his imagination.

Frame is now a truck

Frame is now a house

Mailbox & Steve with his Orange Letter

Periwinkle at the Beach 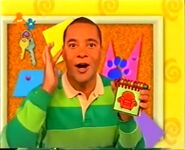 From Singapore and Portugal versions 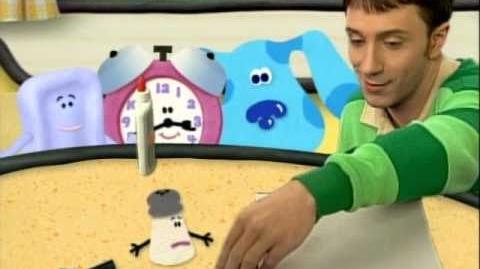