Draw Along with Blue

"Draw Along with Blue"

What does Blue want to draw?

A Notebook
Green Stripes
A Person

Steve and Blue do some drawing.

Blue and Steve have been having fun drawing and they are invited to grab a pencil and a paper and draw along, so the viewers have to get lots and lots of paper, crayons, and pencils, because they will be doing a lot of drawing. They play a game Blue's Clues to figure out who Blue wants to draw a picture of. Steve gets his notebook from Sidetable Drawer, who gives him a picture of a present on yellow paper. After the demo song of how to play Blue's Clues, Steve was about to look for clues when the viewers tell him he dropped an item on the floor. The item he dropped was his notebook, so he picks it up, but the viewers spotted the first clue. They locate his notebook in his hand, which means that he is holding it. This was the first clue, as Blue's pawprint was sitting on the lower left side of the front cover. Steve draws his own notebook in his own notebook. After the first clue, Steve did not get enough info to figure out the answer. So, they get to draw all sorts of neat things and meet Markie, a black marker, who has them play a game in which he tries to figure out who he is drawing. They look outside the window for something neat to draw and then share their drawing with Steve and he shares his with them. In the kitchen, Steve finds the second clue on Green Stripes Steve draws the green stripes in his notebook. He starts with a Light Green Crayon and then a Dark Green Crayon . Steve had two clues but needed to find the third clue. Then it was Mail time. Steve gets his letter and inside the letter was a group of kids drawing. After reading the letter, Steve skidoos into Chalk World, where Chalk Girl asks for Steve's help in telling the story of him trying to find the third clue. As Chalk Girl narrates the story, Steve has to get inside a house during a rainy day, then a spider comes by to greet Steve, which concludes the story. Steve finally finds the third clue, a person. Steve draws the third clue and skidoos back home and went over to the thinking chair to put all three clues together. The first clue was a notebook, the second clue green stripes and the third clue is a person. Blue wanted to draw a picture of Steve. Steve was the answer to Blue's Clues. Steve was ready to be drawn. He just had to pose just right. Steve had to sing the So Long Song to end the episode. The others told him "don't move" and "hold still". 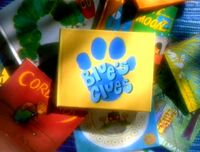 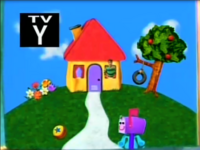 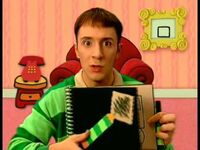 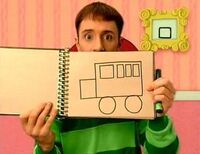 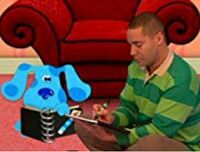 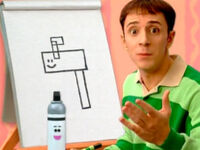 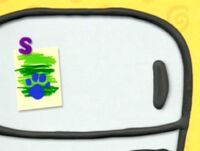 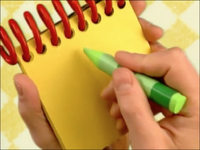 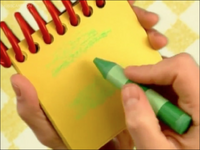 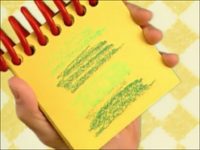 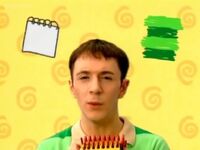 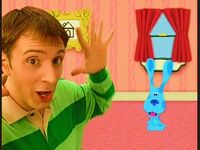 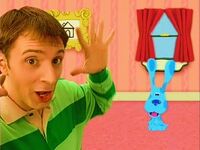 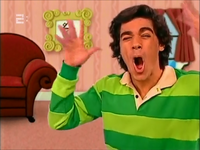 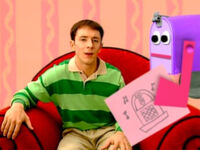 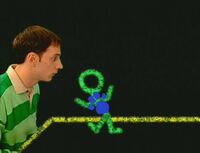 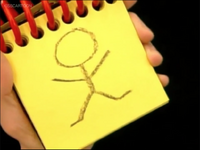 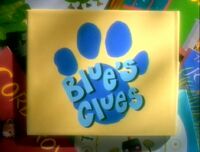 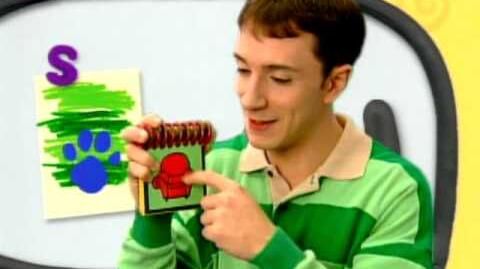