Today, Blue and her friends are creating a Portrait of Pals. It is going to contain pictures of lots of our friends, but it seems that some of the colors we need are missing. In this episode, we help out with mixing needing colors to help with the portrait. We also skidoo into an app on Josh's phone that's about colors where we find some friends that are very colorful and help them to find their color friends, learning about special colors created by mixing in the process.

3 Clues From Colors Everywhere With Blue 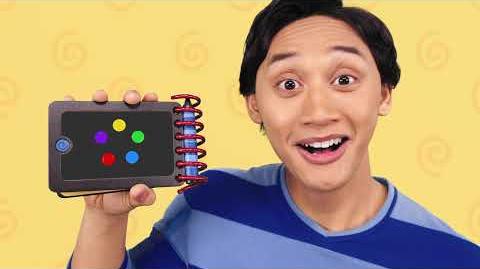