Light brown with a white cap

Cinnamon is Mr. Salt and Mrs. Pepper's second child and the younger brother of Paprika. Paprika helps teach him how to do things, and in turn, she learns more about herself and how to be a responsible sibling. In the original show, Cinnamon was just starting to talk and couldn't yet talk in full sentences. As a baby, his favorite toy was a purple rattle, and he had a couple of hand-me-down playthings from Paprika.

Cinnamon's introduction to the show took place over a five-episode story arc during season four. For the next two seasons, Cinnamon stayed at about the same age. In Blue's Clues & You!, he is older. He becomes an older brother to Mr. Salt and Mrs. Pepper's newborn twins, Sage and Ginger. His voice is also clearer and deeper, and he talks in more complete phrases.

Currently, Cinnamon has a cool, collected, and laid-back personality. He and Josh have a close brotherly bond with each other, and Cinnamon likes to give Josh fist-bumps as a way of saying hello. Cinnamon often says "Yo!" to his friends and "Niiice" in a funny tone. He also likes to hold up a peace sign symbol with his hand.

Despite his cool exterior, older Cinnamon still has a softer side. When Sage and Ginger were born, he was super happy, and Cinnamon was the one to announce that they were a baby boy and a baby girl (instead of just one baby). In the theme song, Cinnamon holds Ginger in her blanket.

In the original series, he was voiced by Annalivia Balaban, the daughter of Mr. Salt's voice actor and music composer Nick Balaban. In the reboot, he is voiced by Jaiden Cannatelli and Niko Ceci (season 2)

Cinnamon is mostly a light shade of brown. He has a white cap with three gray holes at the top, small black eyes, a pink mouth, and a pair of stubby black arms. He is very short compared to the other shakers and the only one with an oval-shaped cap.

His design is updated for Blue's Clues & You!. He is now a bit taller and has a peak on the end of his cap, making it look like a baseball cap. His mouth is now red instead of pink, and his brown color is a bit darker and has less of an orange hue.

He is featured in many episodes of the original Blue's Clues and the reboot series. He is first mentioned in "What's New, Blue?" and is born in "The Baby's Here!", three episodes later. His last appearance in an episode of Blue's Clues was in the series finale, "Bluestock." In Blue's Room, he appears in the special episode "Meet Blue's Baby Brother." 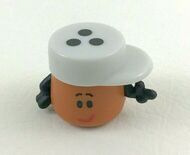 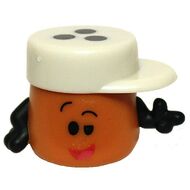 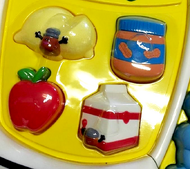 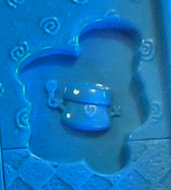 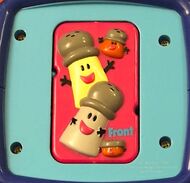 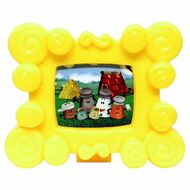 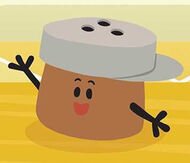 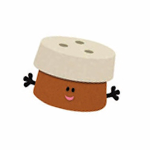 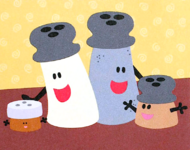 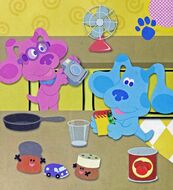 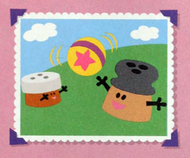 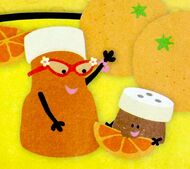 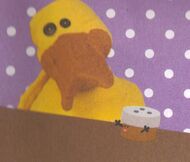 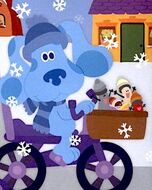 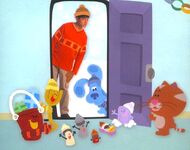 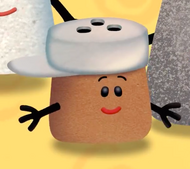 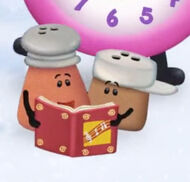 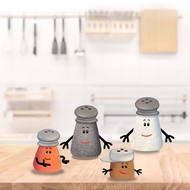 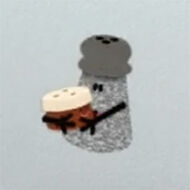 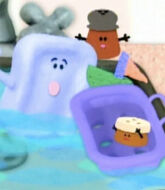