Joey Mazzarino
Boogie Woogie is a jukebox that loves to dance and sing along with his friends in Blue's Room. He is a main character in Blue's Room and appears in most of the series' episodes.

﻿Boogie Woogie is a major character in the Blue's Room television series. He loves to sing & dance with his friends Blue, Polka Dots, Sprinkles, Roary, and Fred.

Boogie Woogie is mostly bright red. He has many sea green music notes carved on him. He has a silver disc inside of him and two white eyes with blue pupils. 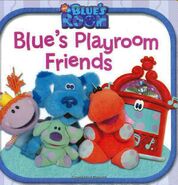 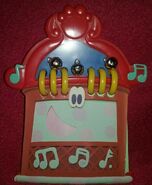 A notebook version of Boogie Woogie that has jingle bells (as seen above the spiral)
Community content is available under CC-BY-SA unless otherwise noted.
Advertisement