What does Blue want to sing in the concert?

It's Bluestock, an amazing backyard concert, featuring Toni Braxton and Tickety, Macy Gray and Periwinkle, India Arie and Mailbox, They Might Be Giants, and Blue! What will Blue sing? Collect musical clues with Joe and then sing in Blue's Room! 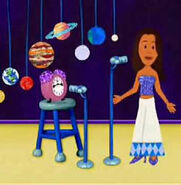 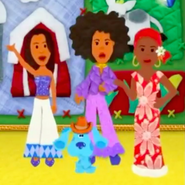 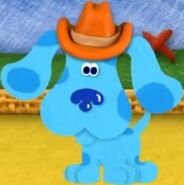 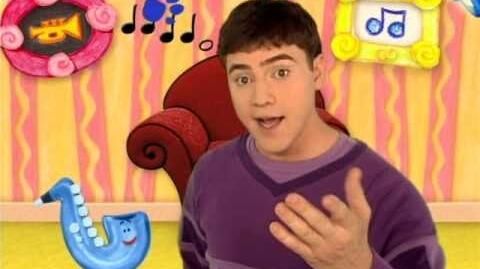