What is Blue's favorite story?

Story Time with Blue
"Blue's Story Time" is the fourth episode of Blue's Clues from the first season.

"It's storytime and Blue wants to read her favorite story, so we play Blue's Clues to figure out what the story is. Couched between the clues, we help Shovel and Pail act out Jack and Jill, arrange our photo album in order, and help three bears choose which bowl and cup belong to whom."

Note: The episode's YouTube summary only contains the first sentence.

Blue does not want Steve to read "A Puppy's Day," so they play a game of Blue's Clues to find out Blue's favorite story. Along the way, they help Shovel and Pail play out "Jack and Jill," but the pictures tell the story of how Blue met Magenta in the right order and match the three bears with their belongings. The clues were bricks, a wolf, and a pig. Steve thinks it is the story of "The Little Pig Who Cried Wolf," but the answer was "The Three Little Pigs," because it had a pig who built a house of bricks and a big bad wolf tried to blow down the brick house. After figuring out the answer to Blue's Clues, it was Storytime. Shovel, Pail, Tickety Tock, Magenta, and the three bears all came to hear the story. After the story, Steve sings The So Long Song, and the episode ends. 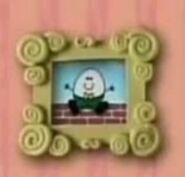 Steve said we got the Letter 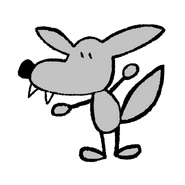 Which one Bowl porridge for Mama bear

How about baby bear cup of milk

Three bears say for Steve and Blue Thank you so Much!

This pig He blue print on it 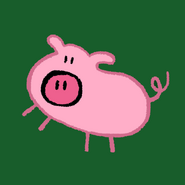 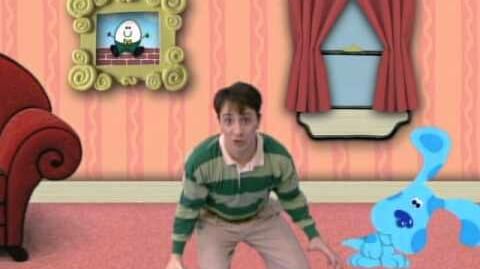