What could Blue do in her special place?

Blue has a new place. Steve and the viewers gather what is new in her place. We also see Paprika's new place. 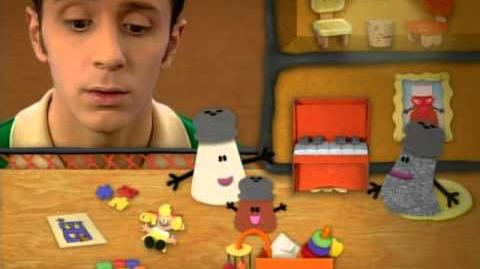