What's inside of the dinosaur egg?

Blue's Dino Clues is the fifth episode of season three and the forty-fifth episode overall in the reboot series Blue's Clues & You!. It is a new version of "Prehistoric Blue".

A mysterious dinosaur egg falls out of the skidoo frame and starts to hatch; going into Dinosaur World to figure out what kind of dinosaur is inside the egg.

Josh and Blue Land of the dinosaur 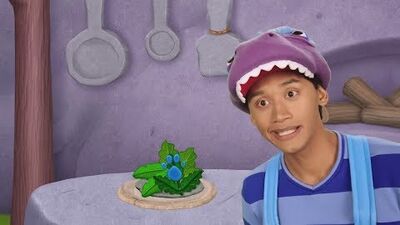