What does Blue want to read about?

The Color Blue
Up
A Cloud

Blue has her own book nook where she has organized her books into sections. We read some of the books and also help out some of the characters to find books that they need to help them out with things. Later, we visit the library, where Marlee the deaf librarian helps Steve to find a book about elephants. We learn about reading, categories, classification, the alphabet, and more.

Error: Steve has a green crayon after drawing the color blue. 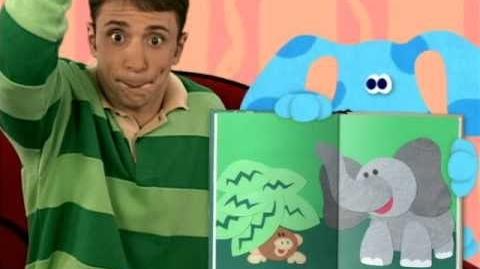