Where does Blue want to go in the neighborhood?

Spring is Here! (release order)
What I Like About Blue (production order)

Josh and Blue are Neighborhood Heroes, helping everyone they meet as they explore our neighborhood. We play Blue’s Clues to figure out where Blue wants to go in the neighborhood and make very important stop to make pizza with Mr. Oregano!

Josh & Blue at the neighborhood

Josh and Blue singing the So Long Song 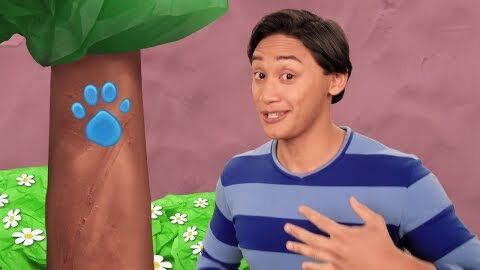