Blue's Big Musical Movie is the only direct-to-video Blue's Clues movie, as well as the season 3 movie. It was released on VHS and DVD on October 3, 2000. The movie also airs on television, starting with a primetime premiere on January 13, 2002. 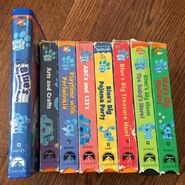 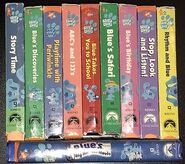 Add a photo to this gallery
Retrieved from "https://bluesclues.fandom.com/wiki/Blue%27s_Big_Musical_Movie?oldid=119415"
Community content is available under CC-BY-SA unless otherwise noted.