Where are we going in the car today?

Body Language (Broadcast Order)
Animals in Our House? (Production Order)
I Did That! (Credit Order)

Joe and Blue go on a trip with Carmen in her car. They learn all about important safety rules for riding in the car when Blue brings her booster seat. They also learn how to pass time in the car, since sometimes long trips can get boring. They also groove to the Backseat Boogie. 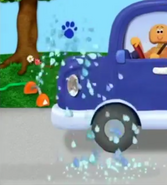 Uh-oh! We're running out of gas. 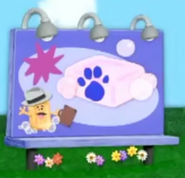 This episode is available for streaming on Paramount Global's video streaming service Paramount+.
Community content is available under CC-BY-SA unless otherwise noted.
Advertisement