What ball game does Blue want to play?

Steve is all dressed-up in his T-shirt and shorts as we head out for Blue's backyard ballgame bonanza. It is a fun-filled event containing all sorts of different ballgames. They help out our friends with the games by acting as a coach and telling them how they can make the balls do the things they want. They also have fun with Steve's invisi-ball and later skidoo into a stadium where they assist Steve in making sense of an obstacle course filled with ball challenges. 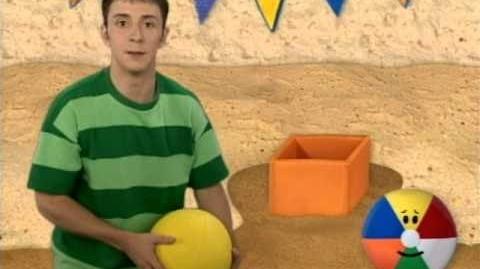