What does Blue want to build to connect Steve's playground to her tower?

Blocks: 2 Triangles and an Arch

Blue's friend Green Puppy is over visiting with Blue at the Blue's Clues house and we are all having fun with blocks. Steve and Blue constructing towers with our help and Green Puppy knocking over towers of her own. We learn about concepts such as balance, shapes and as we construct. A Skidoo segment offers a look into architecture. We help an architect to select shapes to build various structures based on blueprints that he has created.

Second clue, from the UK dub. 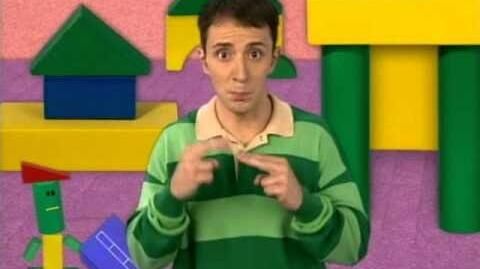