Blue's News
"Big News with Blue" is the third episode of Season 1 in the reboot series Blue's Clues & You!. It is a remake of "Blue's News."

Blue has big news about Mr. Salt and Mrs. Pepper, so Josh plays Blue's Clues to figure out what it is.

3 Clues From Big News With Blue 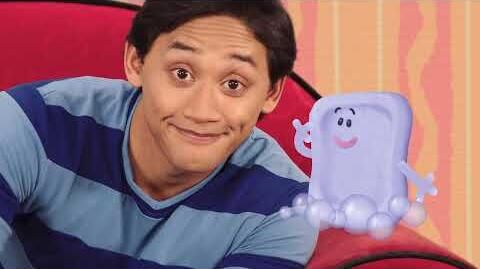