Animals in Our House?

Animals in Our House?

What animal does Blue want to find?

A Tail
A Hopping Motion
A Pocket

I Did That! (Broadcast/Production Order)
Morning Music (Credit Order)

Wild animals have escaped from the animal picture book and are in the Blue's Clues house. Joe and Blue have to work together to get them back into the book.

"Have you ever gotten your (insert item) from a goose?"

It looks like Joe is wearing that formal outfit from 100th Episode Celebration. 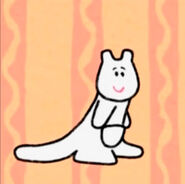 3 Clues From Animals In Our Hosue? 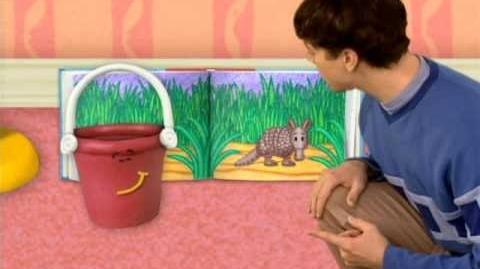